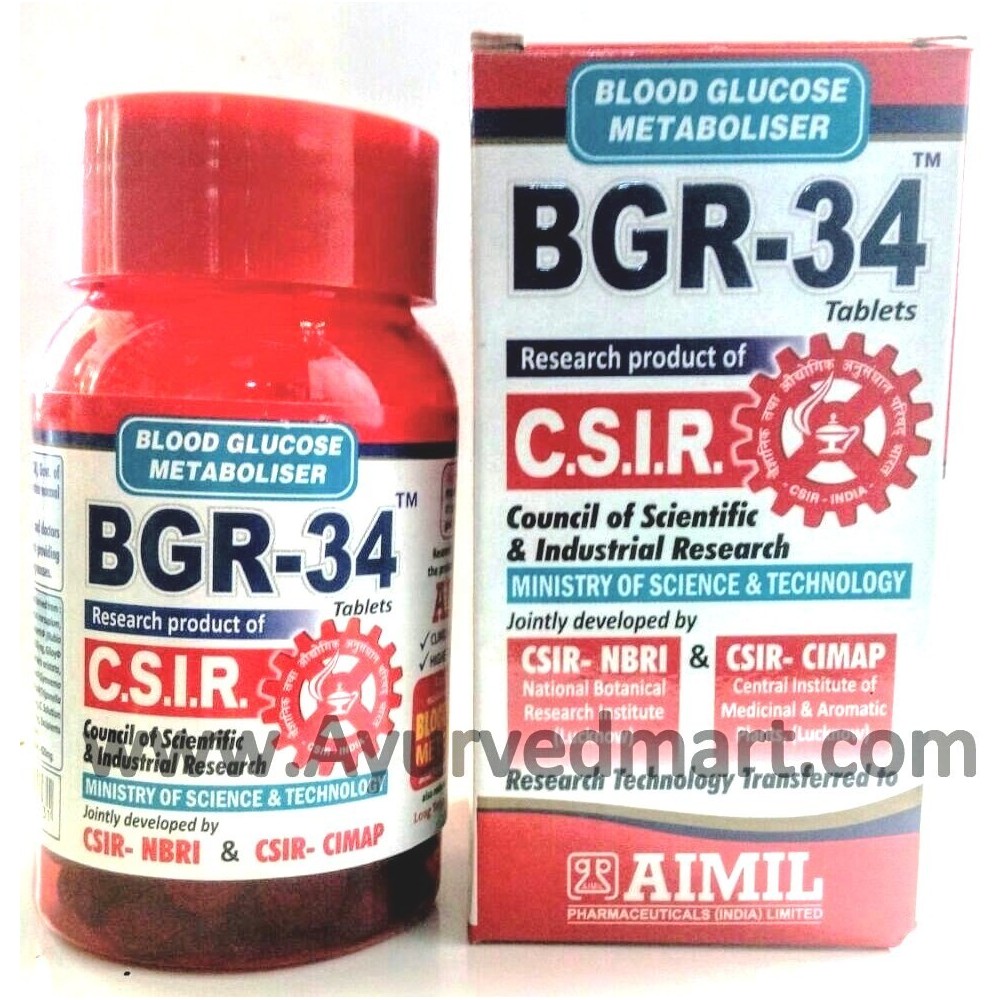 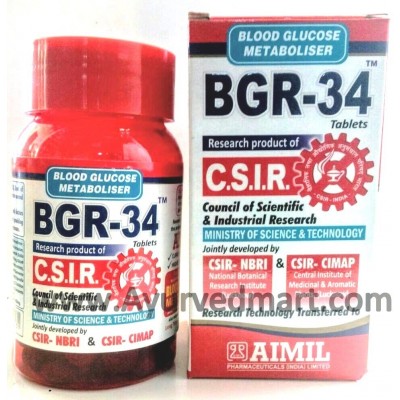 BGR-34, a Blood Glucose Regulator brings the revolution, with a breakthrough Phyto-research of decade, jointly developed by scientist of CSIR-NBRI & CSIR- CIMAP.

BGR-34 manages the lives of suffering Diabetics. It is an optimized concentration of synergistically acting herbal extracts makes it highly efficacious in Type-2 Diabetes mellitus. Berberine from has been shown to have a significant beneficial effect on diabetes mellitus type-2, and may be as effective as metformin (500 mg /day). Berberine acts through several mechanisms, including insulin mimicking action, improving insulin action by activating AMPK, reducing insulin resistance through protein kinase C-dependent upregulation of insulin receptor expression inducing glycolysis, and on incretins by promoting GLP-1 secretion and modulating its release, by inhibiting DPP-4.

Berberine from Berberis aristata (Daruharidra) has been shown to antagonize the hyperglycaemic action of glucose and the gluconeogenic action of alanine in experimental subjects and on hepatocyte cell lines. It seems to decrease insulin resistance by raising insulin sensitivity. The could explain the anti-diabetic activity of berberine including the decrease of fasting blood glucose level, the increase in insulin secretion and the improvement in oral glucose tolerance tests (OGTT) was observed in experimental subjects. Tablets: 2 tablets twice a day, half an hour before meals or as directed by Physician. Regular price ₹366.00 -10% From Price ₹329.40
AMREE PLUS is a comprehensive oral anti-hyperglycemic for the management of Diabetes Mellitus.
caps - 60 Capsules 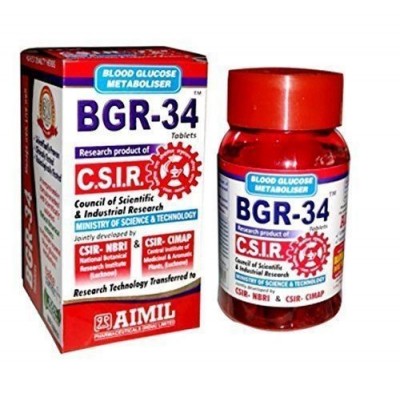 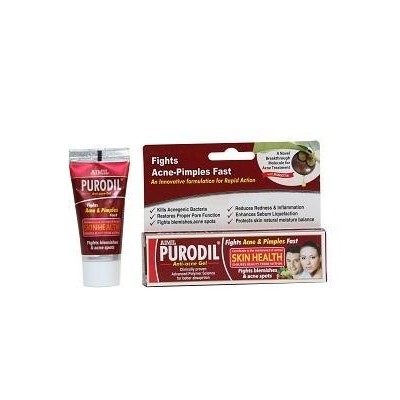 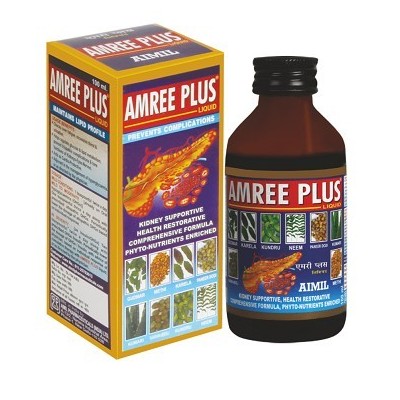 Regular price ₹121.00 -10% From Price ₹108.90
AMREE PLUS is a comprehensive oral anti-hyperglycemic for the management of Diabetes Mellitus.
ml - 100 ml 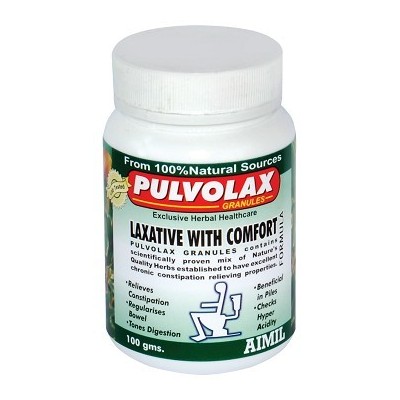 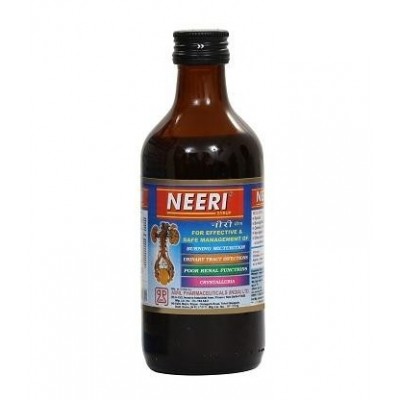 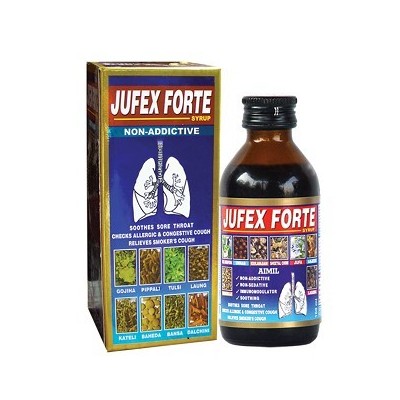 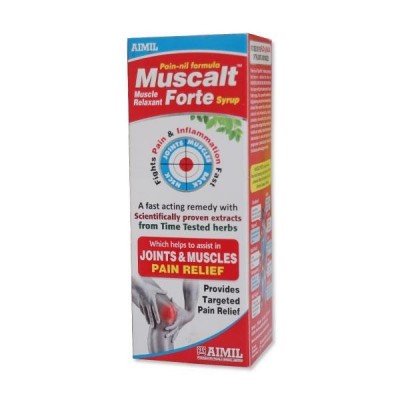 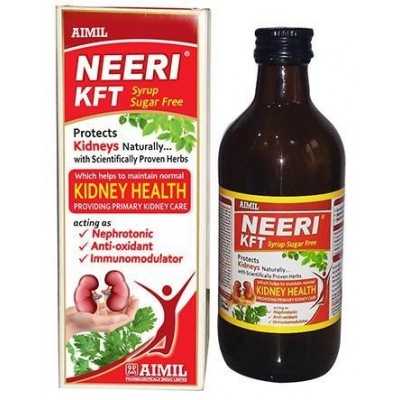 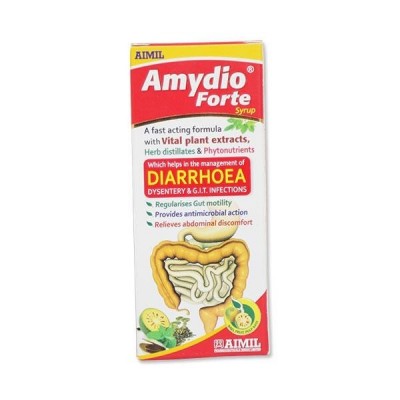 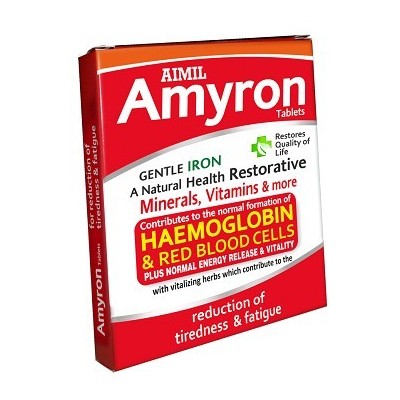 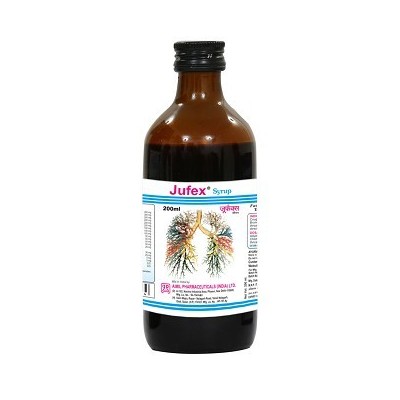 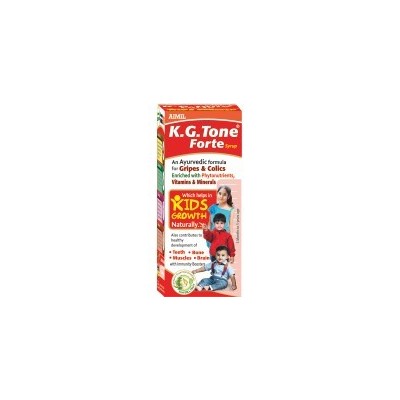 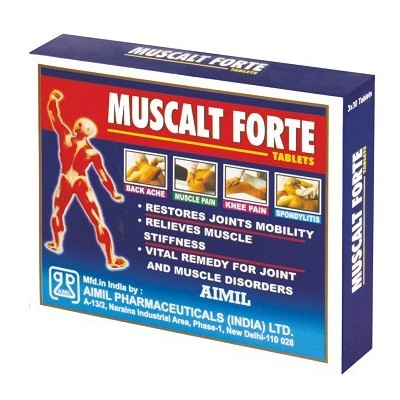 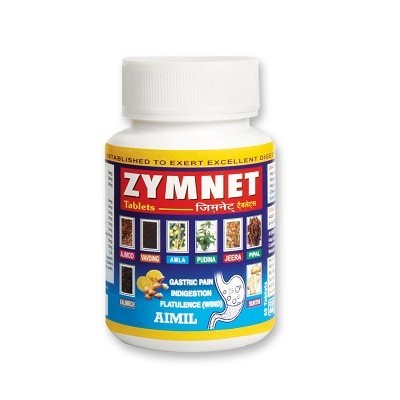